With the best apparition in decades, observing Mars now is fun in every respect – especially if you push your instrument to the maximum magnification.

Mars can be an intriguing target for visual astronomers when it is so big in the sky as now. But most observers follow outdated rules about maximum power and stay shy of really using the capacity of their telescopes. With Mars, this will cost the best part of what can be actually seen.

Most observers know certain rules of how to determine the maximum power of their telescope. When googling this topic you can find some of them:

More sophisticated sources will explain that any magnification that gives a power above the resolution limit of the telescope is called “empty” and useless. Unfortunately, these sources will only know the Rayleigh or Dawes limits. But these limits determine the resolution of point sources (stars), and not extended surfaces as planets.

Have a closer look

To resolve the airy disc of a star in perfect seeing, a minimum magnification of aperture in mm/0.7 is needed. For my 120mm refractor, this would be 171x. Only when applying this power, your eyes will be able to resolve the Dawes limit of 0.97 arcsec with this scope.

But planets are different. They do not display a single airy disk. Instead, a lot of airy disks overlap and create a more detailed image, to which stellar resolution limit rules do not apply. There are empirical studies that show that in order to see a dark line of 0.1 arsec width on bright background, 23/aperture in mm give an idea of what can be resolved. My 120mm scope will thus show a 0.19 arcsec line.

These extremely small features must be magnified enough to be perceptible to the human eye! The basic rules cited above give magnifiactions that are far too low. With a high quality apochromatic refractor, magnifications of up to 3x per cm aperture can be reached in ideal conditions. Given a perfect telescope and a skilled observer, the only factor that actually will prevent this is atmospheric turbulence, colloquially known as “seeing”.

Planets are defying the rules

Seeing is dependent on telescope aperture surfcace. It will affect smaller telescopes much less, while larger apertures need better conditions. A 60mm telescope will be able to reach its limits four times as often as a 120mm aperture. But still the potential to resolve much finer details as the 60mm scope stays within its capability.

Most people tend to use a power that still renders a “sharp” image. I would like to encourage to go further: Even if the image does not look as good and is a bit soft, and turbulence is destroying definition most of the time, your eye will be able to make out more fine detail in the milliseconds of calm air as when looking at the sharper image at lower power. This requires a certain amount of patience, in many cases you’ll have to wait several tens of minutes to get glimpses of fine detail. But it will pay off eventually.

Actually, there is no such thing as “empty” or useless magnification. Discard all obsolete rules! In my exerience …

Get the right eyepiece

But there is an unexpected problem: There are no suitable eyepieces for short focal ratio telescopes on the market. With a f/7.5-telescope, 3x aperture in cm will need an eyepiece of 2.5mm focal length. Unfortunately, the 2.5mm Nagler T6 has been discontinued, as has been the 2.5mm Pentax XO and the excellent 2-4mm Nagler Zoom. Remaining are the Vixen HR series with 1.6mm, 2.0mm, 2.4mm, and 3.4mm respectively, but they as well have been discontinued partially and only some focal lengths remain available.

I would not recommend using a Barlow lens instead. Look out for those short focal length eyepieces on the used market. This effort is worth it, though – to reach out for the power to unveil the full planetary detail your telescope is capable to show.

Venus appears as a fine crescent at inferior conjunction. During the recent event, I caught the planet on October 31 at 1.4% percent illumination. But it can be observed even thinner than that – with caution!

END_OF_DOCUMENT_TOKEN_TO_BE_REPLACED

It’s the most remote, coldest, and hostile continent: Antarctica. In February 2018 I had the opportunity to visit this icy part of the planet while working as an astronomy lecturer on board of the cruise ship MS Bremen.

END_OF_DOCUMENT_TOKEN_TO_BE_REPLACED

What kind of things do deep-sky observers need? A good scope. Clear skies. And something to find and identify objects and their features. The upcoming interstellarum Deep Sky Guide will be the definitive tool to do just this.

END_OF_DOCUMENT_TOKEN_TO_BE_REPLACED

Triton is surely not an everyday’s target for visual observers. Neptune’s largest moon is far and faint. But on October 6, it happened to eclipse a distant star – which led to an impressive visual observation on the very edge of the solar system.

END_OF_DOCUMENT_TOKEN_TO_BE_REPLACED

For visually observing solar eclipses, a high quality solar filter is essential. Among the best choices might be the little known IDAS solar filter.

END_OF_DOCUMENT_TOKEN_TO_BE_REPLACED

The August new moon period has been spectacular so far: I got wonderful nights at the Oregon Star Party and could see the youngest new moon that is possible at the solar eclipse of August 21. Back home, I rounded it up with an excursion to my favourite deep sky observing spot. END_OF_DOCUMENT_TOKEN_TO_BE_REPLACED

The Great American Eclipse was utterly beautiful – and quick! Here is a short report on the phonomena I observed while watching the event under almost perfect clear skies at the Oregon Star Party site in the Ochoco Mountains in central Oregon. END_OF_DOCUMENT_TOKEN_TO_BE_REPLACED 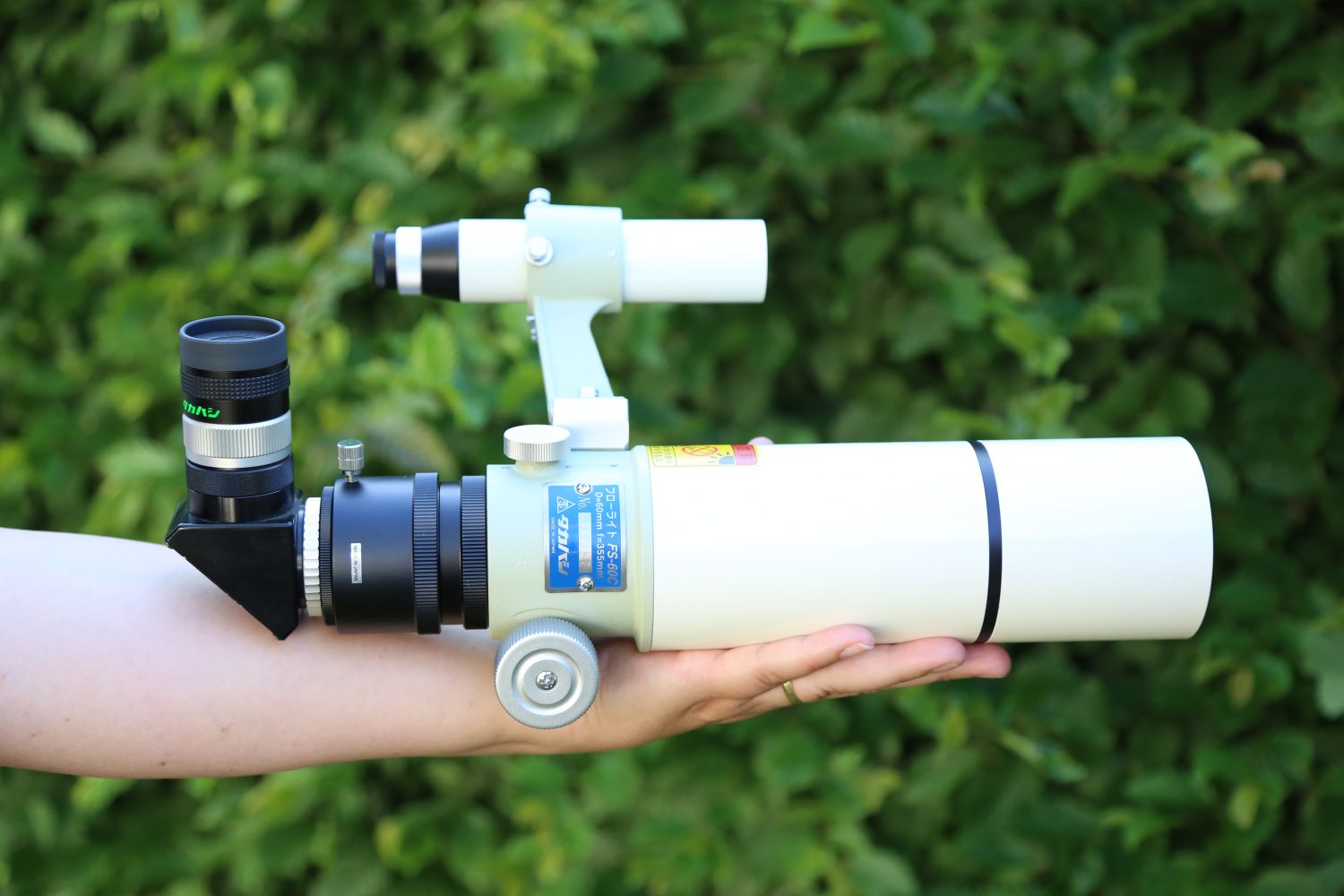 The little scope that could. And might be used most often. END_OF_DOCUMENT_TOKEN_TO_BE_REPLACED

How to enjoy and see most of this breathtaking event. My lessons learned from four previous eclipses.